This location is for Registered Users Only.
Perhaps you need to login or register.
Contributor: Falk Hofmann
Website: www.kombinat-13b.de
Small collection of tools to speed up daily workflows. Extendable via configuration file.
Requirements:
12.0, 11.3, 11.2, 11.1, 11.0, 10.5, 10.0 or later
Linux, Mac, Windows

nuke_smart_nodes is a small collection of tools and snippets to speed up the daily workflow for copying and linking.

The current collection is separated in three sections.

All of it's actions can be adjusted and extended in a yaml configuration file rather than changing the exisiting code.

For example, copy Tracker nodes and paste Transform nodes with defined knobs linked and other copied.

Differ between 2d, 3d and deep nodes when creating Transform, Merge and Write nodes. Define nodes as deep or 3d and set certain node types as overwrite in the configuration.

Also a simple read from write function is available. There might be a more advacned version on nukepedia to implement if needed.

Not as an extra script. Instead overwrite the existing paste function. Paste single if one or no node is selected. Paste to all selected nodes otherwise. 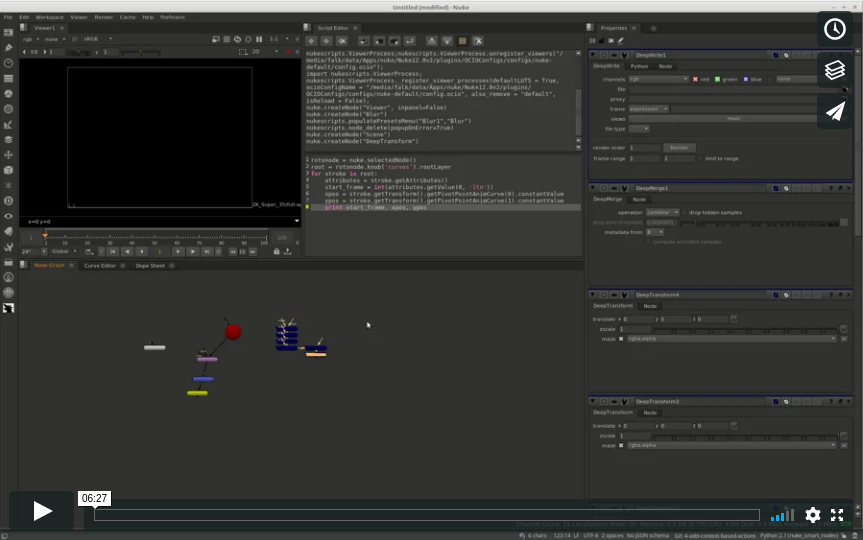 - Ignore Dot and NoOp nodes for contextbased creation. Instead traverse the stream up until other nodes are found. This iss also configurable under 'ignore' section.