This location is for Registered Users Only.
Perhaps you need to login or register.
Contributor: Matthew Shaw
Website: www.gizmosandgames.com
A renderer that allows quick and easy reuse of particle setups, with multiple options for transformations, animation and particle appearance. Also outputs depth and vector passes, and can be masked with a depth pass.
Requirements:
10.0, 9.0 or later

The Particle Renderer allows users to reuse particle effects with quick render times and easy placement. There are multiple options to alter the look of the result to get a lot of variety from a single effect.

Particle effects can be saved out as 2D image sequences using the included ParticleWrite node. The particle renderer takes an image sequence and creates a bounding box and point cloud reference that can be manipulated in 3D space. Note: The point cloud will update per frame, but bounding box does not update automatically. 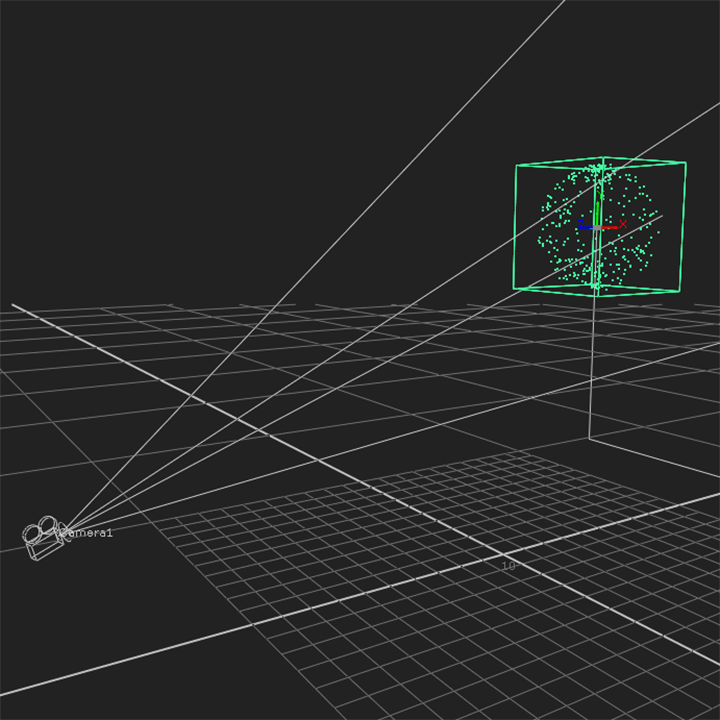 There are a number of options available: 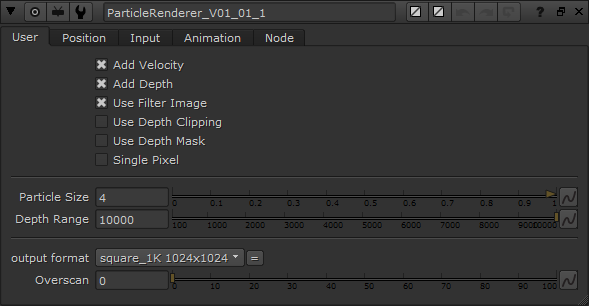 Velocity and Depth passes can be be added to the render.

A filter image can be used to change the look of the particle render.

Particles are not clipped at the near/far range by default.

Particles can be masked by a supplied depth mask for 3D integration: The Depth Range slider fits the max particle depth to that distance.

For quick previewing, each particle can be rendered as a single pixel.

Particle Size is adjusted by a simple slider. The filter image is fit to this size, regardless of the format of the filter. 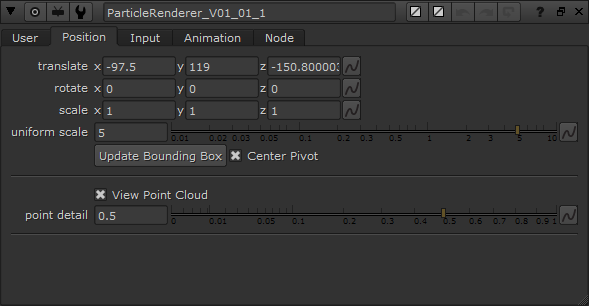 The particles can be transformed in 3D space or using the standard transformation controls.

Update Bounding Box will calculate the size of the bounding box at the current frame. Center Pivot will ensure the particles are centered around the pivot. This should be turned on when first adding a new image sequence.

A point cloud is also available for easy viewing. Note, this is reliant on the PositionToPoints node which can have some unusual results. If the point cloud does not look right, adjust the slider and it usually updates. 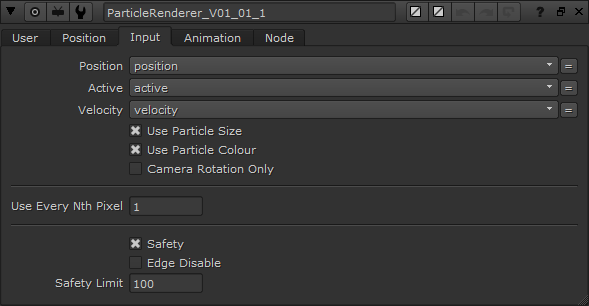 The particle write node includes certain passes which can be set here if using a different system.

Particle Image sequences include the size and colour of the particles from the original effect. These can be used if required.

Camera input can be limited to rotations only.

To reduce the number of particles being used, adjust the 'Use every Nth pixel' value to use every second, third etc... pixel.

The particle renderer is based on a number of blink scripts which can end up crashing if each particle tries to render too large. To avoid this while changing image sequences / values, safety will restrict each particle size to the value given, and highlight the particle with a red box. If you want to restrict particle sizes anyway, you can disable the red box with Edge Disable. 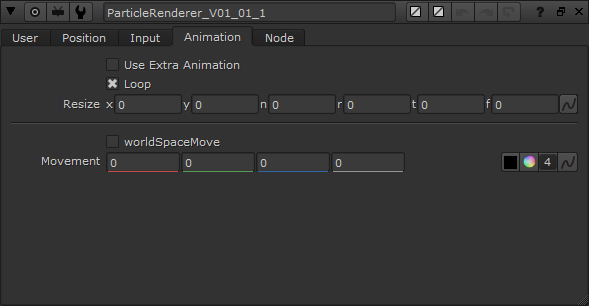 Additional direction force can be applied using movement (xyz axis movement per frame). This is relative to object space of the bounding box by default, but can be changed to world space.

To avoid the additional movement transforming particles out of range, loop will cause particles loop within the bounding box. The box can be shrunk / extended in each axis by using the resize values to change how the looping behaviour occurs. This is also visible in the 3D space.